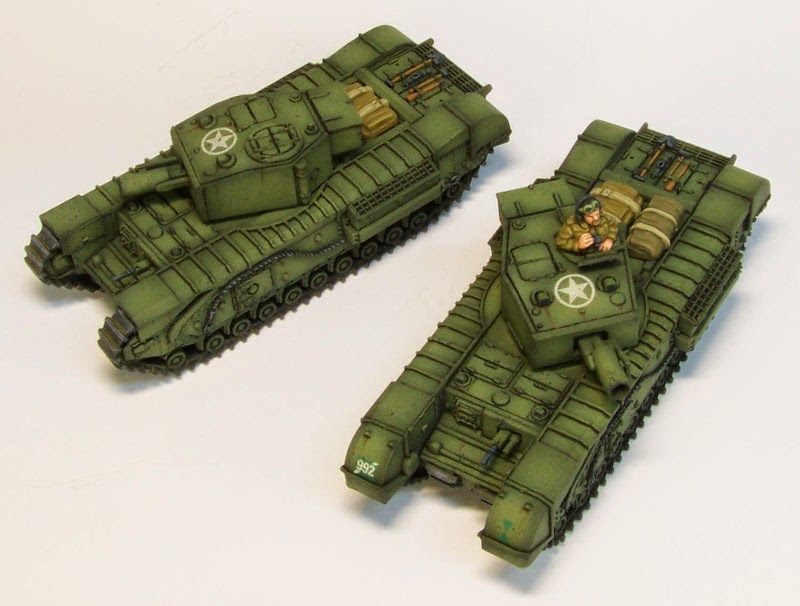 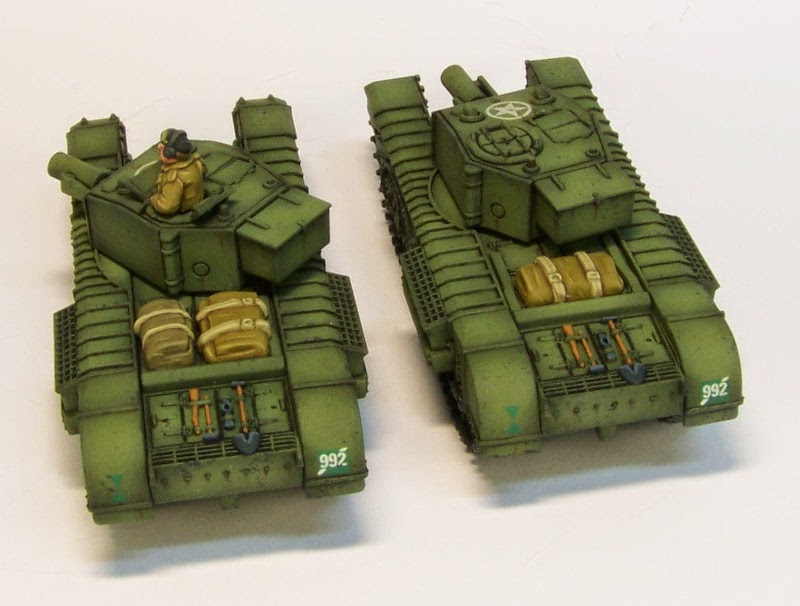 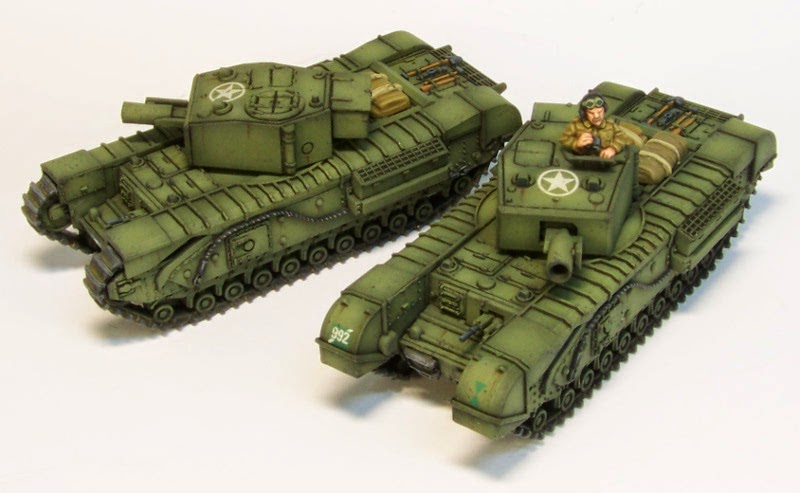 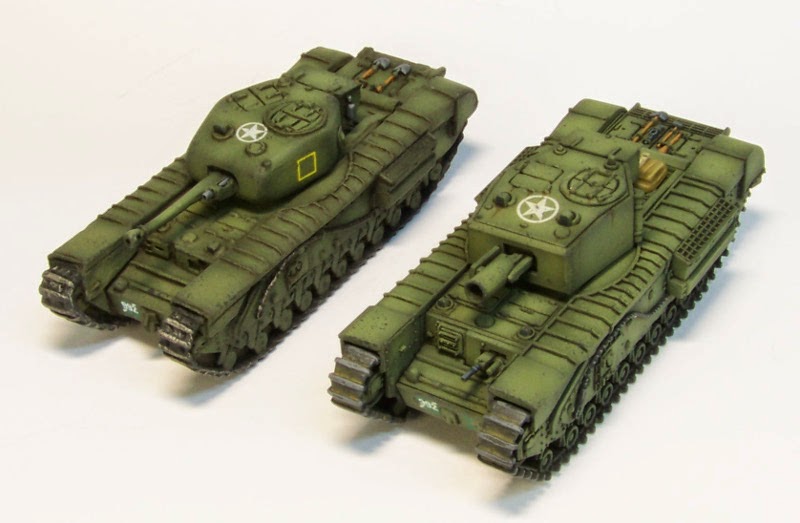 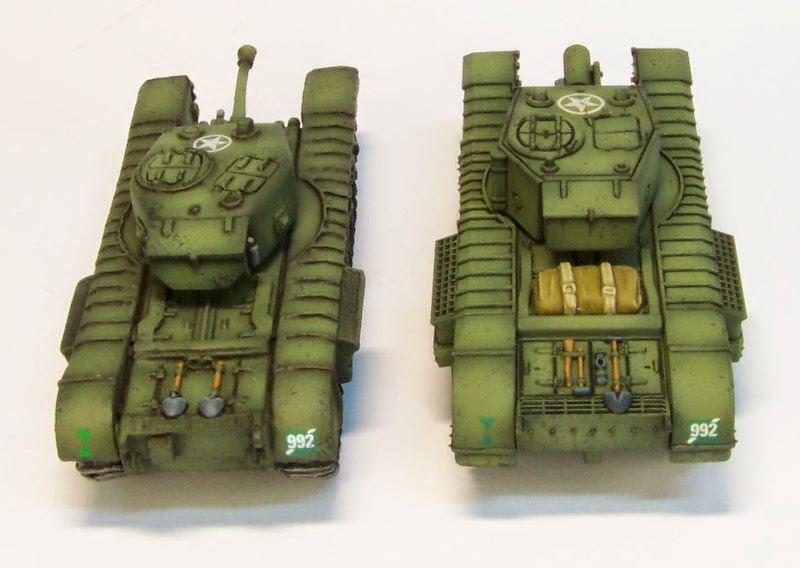 A Churchill Tank Troop, marked for 'B' Squadron, 9th Royal Tank Regiment in Normandy. Battlefront models. Decals a mix of BF and Doms. 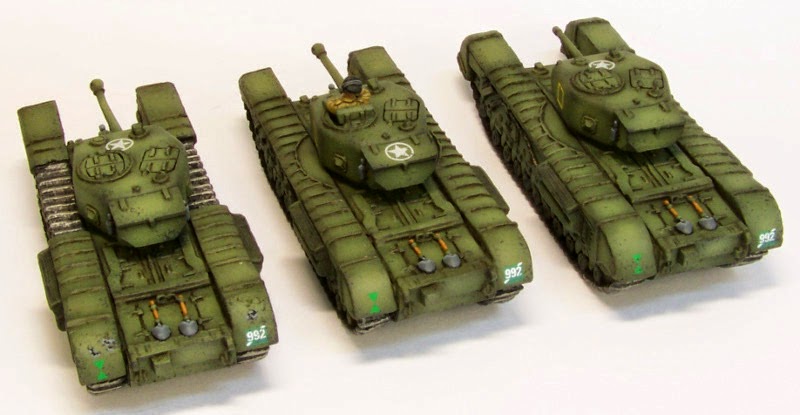 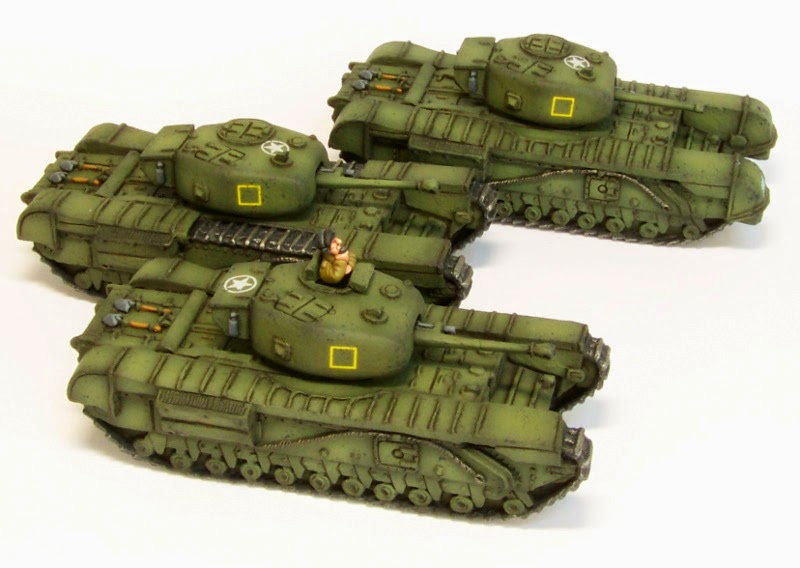 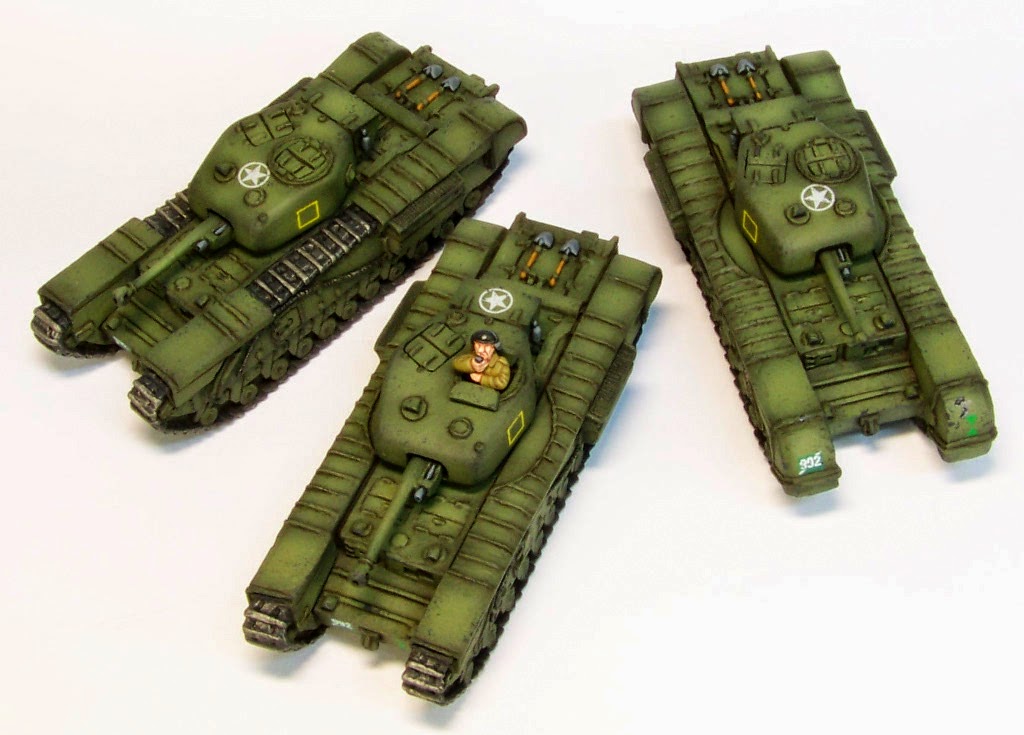 Getting there with the green I think... 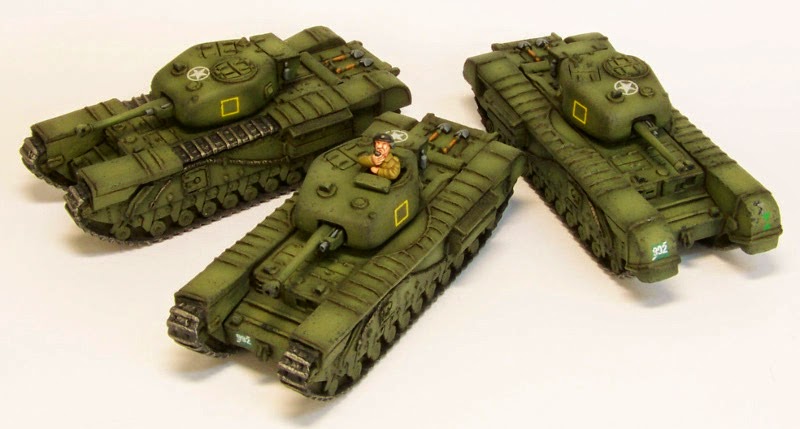