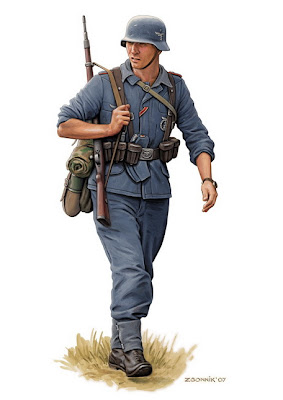 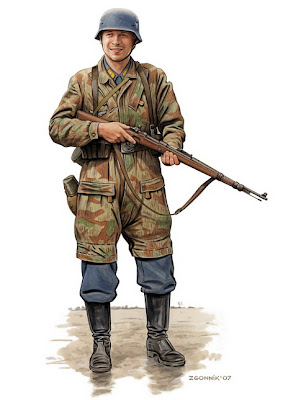 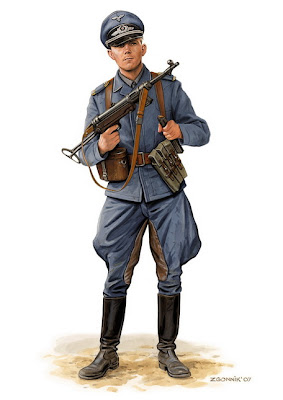 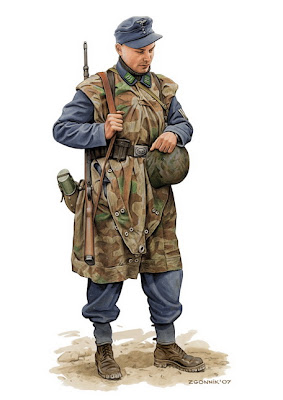 A platoon of M5A1 Stuart light tanks, Battlefront vehicles. The whole "individually sculpted" thing is pretty poor on these, nowhere near as good as the M4A1 Sherman box for instance. 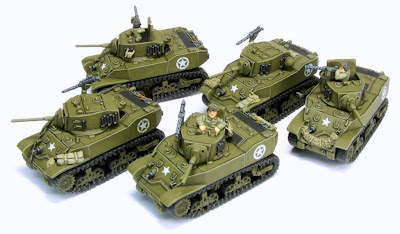 Still, pretty good models, my only complaint is concerning the track sections which are not identical in length: one side (can't remember which side now...) is about 1-1.5mm longer than the other. I've tried to hide this in the front and you can't see much difference in the pictures though with models in hand it can be seen. Not a "huge problem" (aka the Easy 8 tracks) but nonetheless an annoying one when paying a premium for five small light tanks. Also, the 37mm barrels BF supplies are complete and utter rubbish: replaced here with barrels made from clipped metal spears, the one Northstar Miniatures sells. Not a perfect re-production and a pain to do, but far better than the alternative. 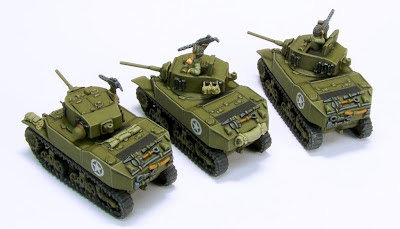 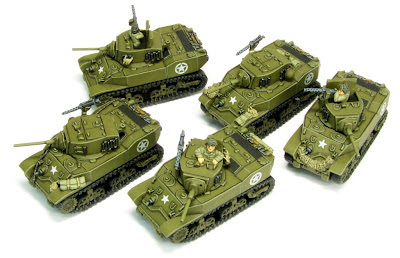 A few quick shots of some Mediterranean Commando figures. Figures by Battlefront, from their BR blister. Painted here to match previous stuff. 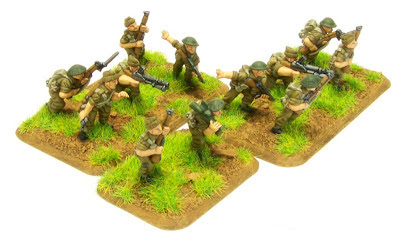 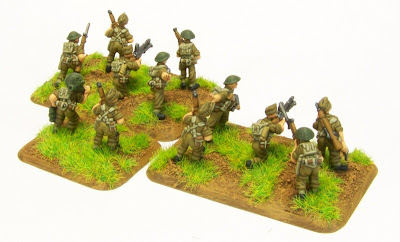