Winter infantry guns, here the M43 version of the Soviet 76mm regimental gun. Figures by Forged in Battle. While I would have liked the older, obr 1927 version BF can no longer be bothered to make it.

These figures are obviously in summer uniforms, but by painting balaclavas and gloves they have been "winterised" to some degree. Junior Leader included for Chain of Command, or a Level II Big Man for I Ain't Been Shot, Mum!. 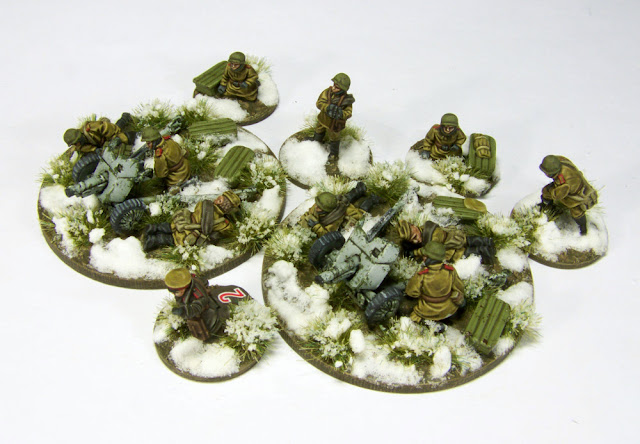 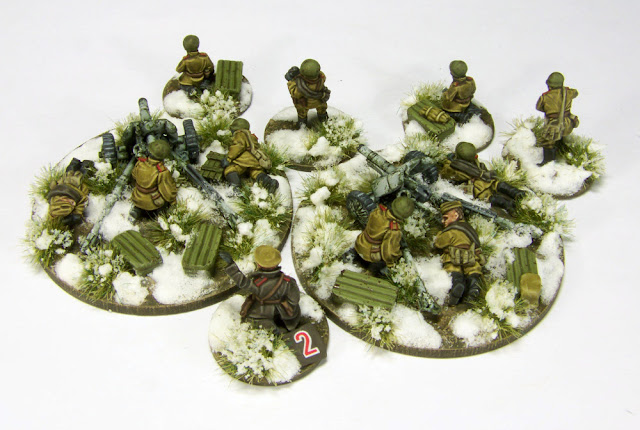 Similarly, some support weapons were given the same treatment: a couple of Maxim MMGs and Anti-tank rifles (cheers Mike), an observer team and a (dubious) 50mm light mortar team modified from a US 60mm mortar and a few spare plastic Soviet gun crews...which will have to suffice until I get a proper one. All Battlefront figures here. 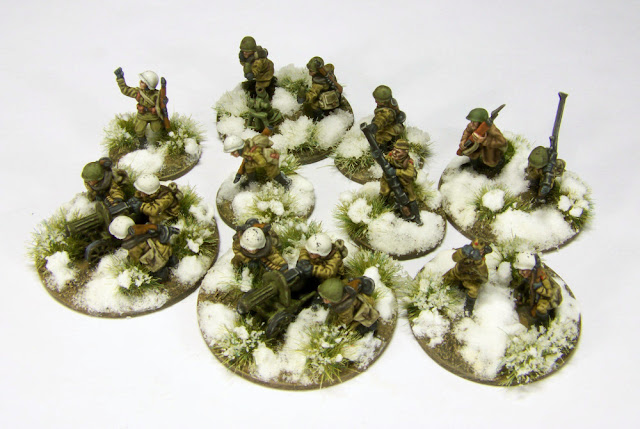 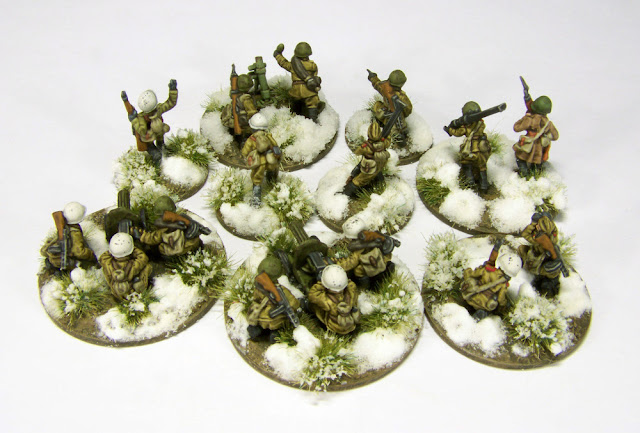 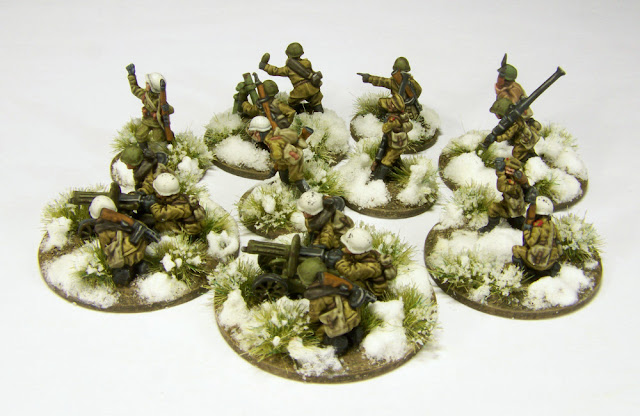 Labels: Chain of Command, I Ain't Been Shot Mum!, Soviets