The last game for Turn 2 of the campaign would see the British launch an attack on Musaid...however, thanks to the fog of war element (as I am mostly playing as umpire), the British campaign commander found his attack heading straight into the advancing 15. Panzer Division...not good.

The British would be attacking here with 350 Pts against 500 pts of Germans & Italians. A tough ask; the only bright spot being that (thanks to schedules) I would be commanding the British force... 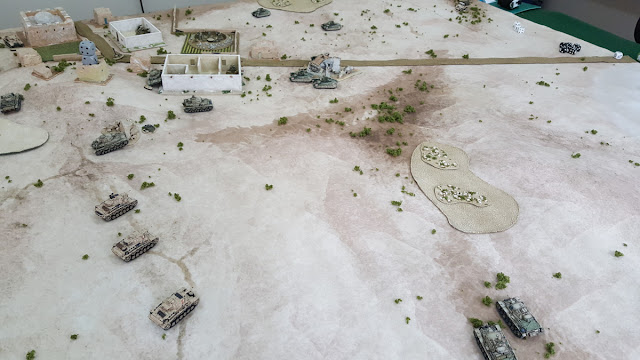 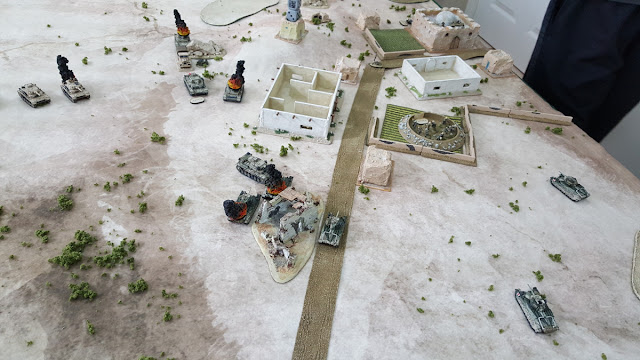 Bloody slow reserves meant I could't really win the game, but it was still pretty close despite the force imbalance. The Axis forces took a beating with 34/41 BR while the British losses were lighter and they suffered just 15/34 BR loss.