Some old Fallschirmjäger paint jobs, now re-based to work with Battlegroup and Chain of Command. I went with (what I hope will be) a generic Mediterranean theme, fairly arid but not too much which should hopefully work for Tunisia, Sicily and Italy...and Crete, though the uniforms are mostly later camouflage, etc.

For Chain of Command I've added a few extra figure to make the platoon work with the new Early War books as well (even if the figures are not really suitable for EW operations). I've also marked the leaders with a small coloured patch on the rear of the base and then a decal: a Balkan cross outline for Junior Leaders and a black-filled cross for the Senior leaders. It;s not to everyone's liking, but it works for me and is easily seen. 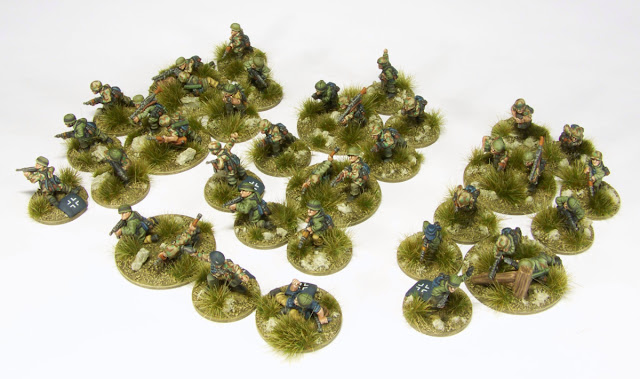 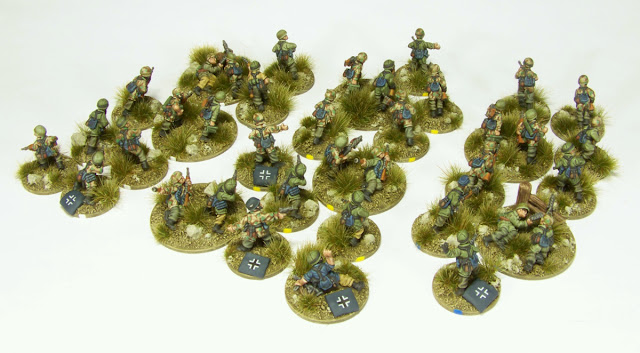 There are three squads each of a leader and ten men, in two groups of five each. I still want to add a second platoon and several support weapons when time permits. 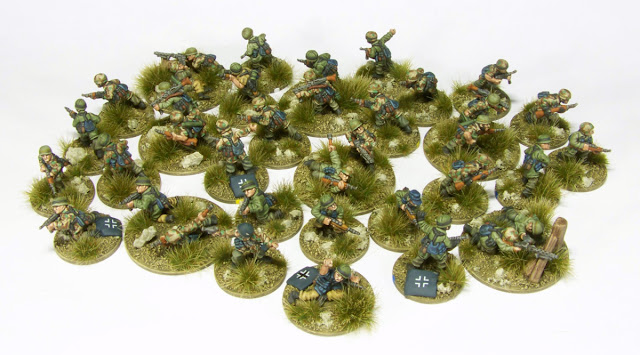