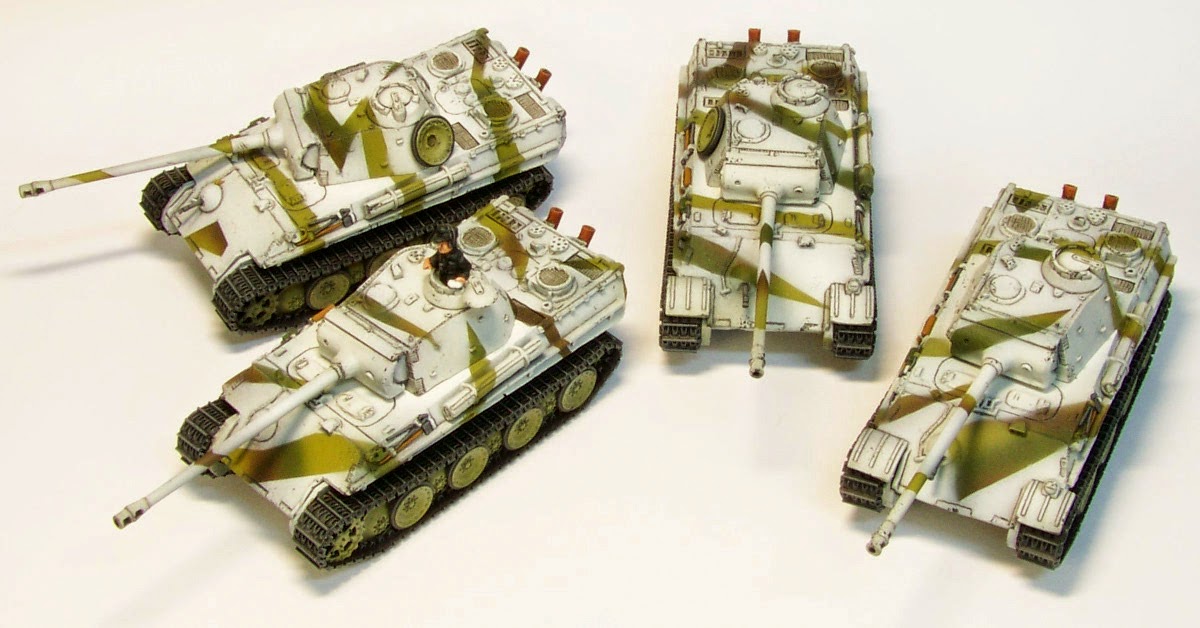 Panther G. Based on the classic pictures of those from 25. Panzergreadier Division during Operation Norwind. Not much to say; I went with an "inspired by" look rather than exact replica, new-ish white-wash, etc. Knocked out in a couple of days for a winter game so, while not agonizing too much on how they came out, the end result was not bad for the time put in. Pictures of the real thing show quite a few styles being used, nice for artistic license. 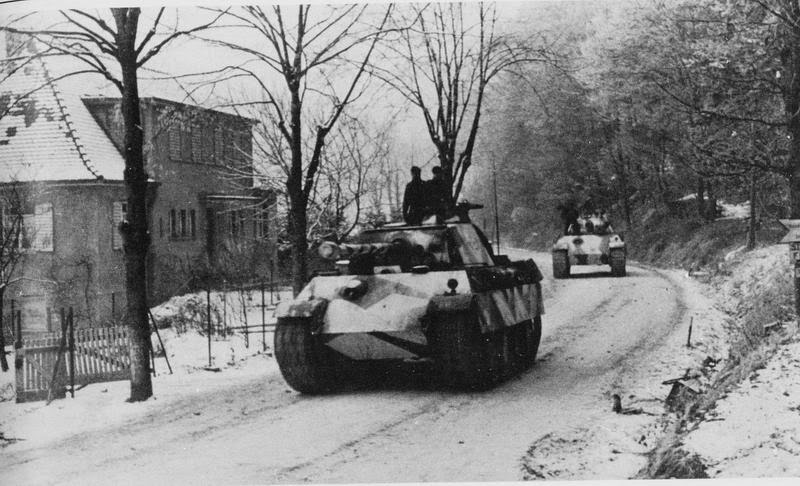 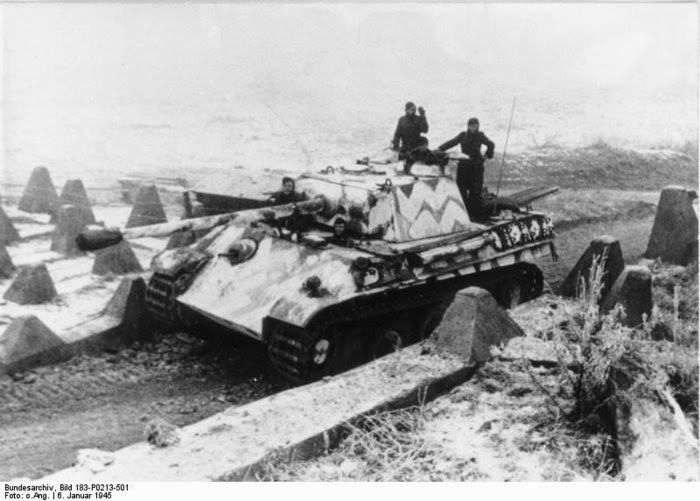 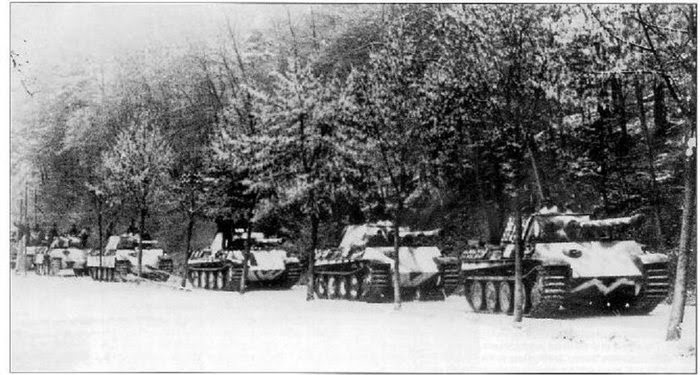 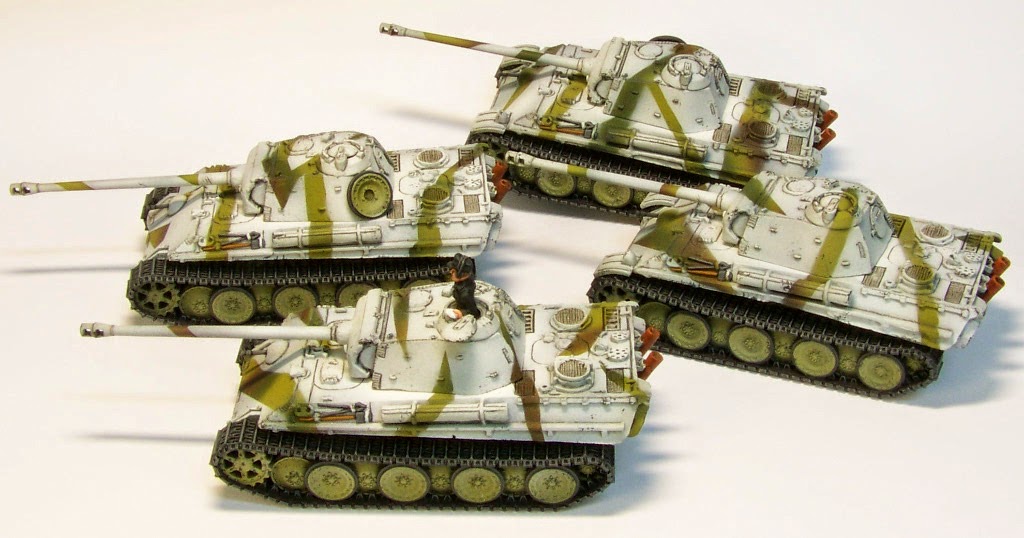 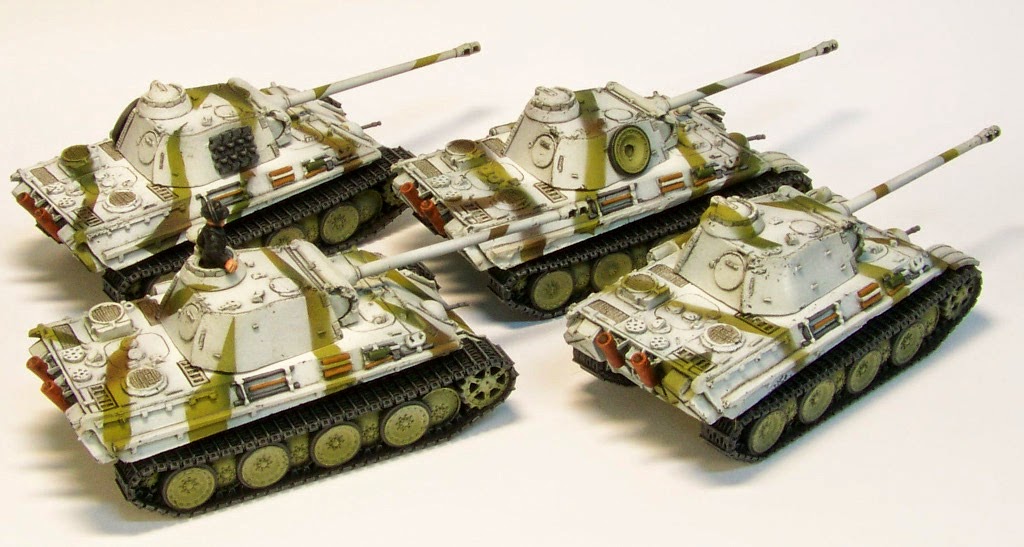 Battlefront models: the plastics tracks are nice, though the details do not extend to the underside of the tracks which I though was odd: a bit of a wasted plastic mold really. The plastic parts are light years ahead of the usual metal dog's breakfast, but then you already knew that. Plastic gun barrels significantly better than metal. Battlefront should really consider doing a plastic set with just gun barrels (and/or mantlets) of various weapons.