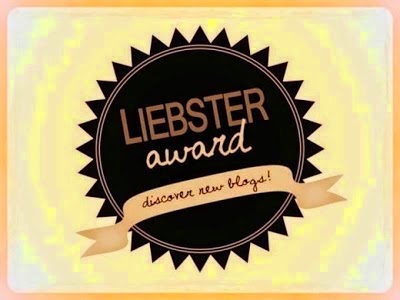 So, blog award season again, and it appears I have been nominated by two other blogs: Troy from Krieg's Corner and Christopher from Bunker Hill. Both, you will note, excellent blogs with some fantastic content. Cheers gents!


So, using a somewhat reduced version:

1. Copy and paste the Award on your blog, remembering to link back to the blogger who has given it to you.
2. Pass on the Award to your top 5 blogs with less than 200 followers by leaving a comment on one of their posts to notify them that they have won the Award and listing them on your own blog.
3. Sit back and bask in the warm fuzzy feeling that comes with knowing you have made someone's day!
4. There is, of course, no obligation to pass this onto anyone else, but it´s nice if you take the time to do so.

For interesting blogs you should check out: I've chosen a few that might be a bit less well-known rather than repeat nominations and a few that I simply enjoy following.

Eleven Questions for Nominees:
1. Who is your current hero?
Hero? In this day and age?

Let's say Nigel Farage for now, though we'll see how that one turns out...

2. If you could change one thing about the wargaming hobby, what would it be?
Less bitching about things other people play that we disagree with.


3. What is best in life?
I think Ghengis Khan covered this...

4. Do you read Battle Reports and what makes them inviting to read?
Yes: how and why other people play games is always interesting to read. Picking up new ideas for painting or terrain, etc. is an added bonus.


5. FOW or Squad Leader?
Flames of War for the moment: I like finishing my games! And I can find opponents which tends to help...

6. What miniatures are you most proud of having painted?
None really; each becomes a learning experience for the next, and hopefully an imporvement.

7. How do you deal with burnout?
Keep grinding, you get through it eventually. The block to painting is mostly mental, I just try to keep painting something, anything.

8. Whats better; Gaming at home or at Cons?
Home: no conventions here, but I always prefer a relaxed, informal game.

9. Which Front do you prefer to game; East or West?
West Front for the most part, though as I read more of the Eastern Front it has its own uniqueness and attractions.

10. If you could only buy from one miniature company from now on, which one would it be?
Battlefront I guess, as their range is the most comprehensive. However, other companies have some excellent offerings, so thankfully I don't have to stick to one!

11. Could you limit your gaming and collecting to one period and one size? If so, what?
Yes, 15mm WWII it mostly is; though not for lack of interest in other areas/periods and scales.

Now, off with you lot and go paint something.