Game 10 saw the German Panzer Gruppe group finally get going and launch a counterattack, driving towards Point 206 and intending to fight whatever they ran into. 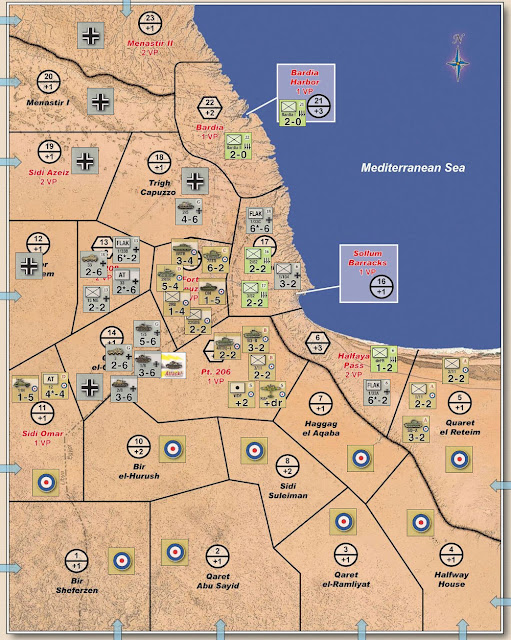 As it turned out, the Cruiser regiments had taken Fort Capuzzo and thus the Panzers kept rolling until they struck British forces in Point 206. These, having been repelled during the second attack on Musaid, now had to turn and defend themselves against a much larger DAK armoured and mechanised force. 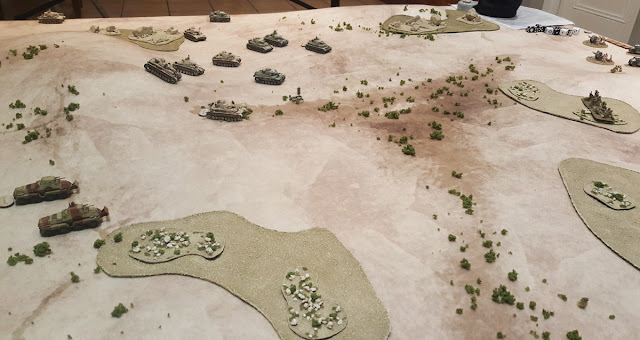 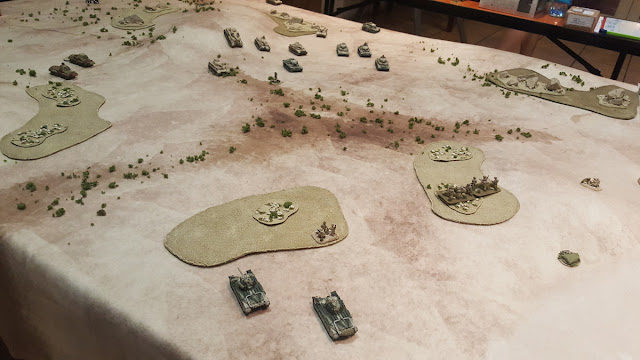 With that, the Germans had re-taken Point 206 and we called the campaign. While the British still have substantial forces, as in real life they lack the strength to push on to Tobruk, to properly destroy the DAK, and must preserve their desert army. Thus, withdrawal.