Battlefront metal and resin models. A proper plastic kit would be nice: the Zvezda Matilda is poor, the BF offering is still the best in 15mm. 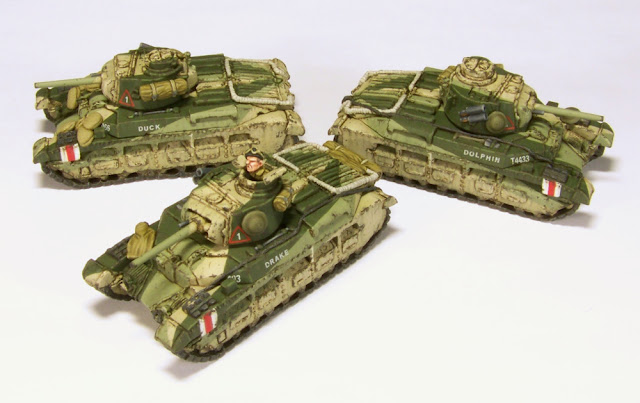 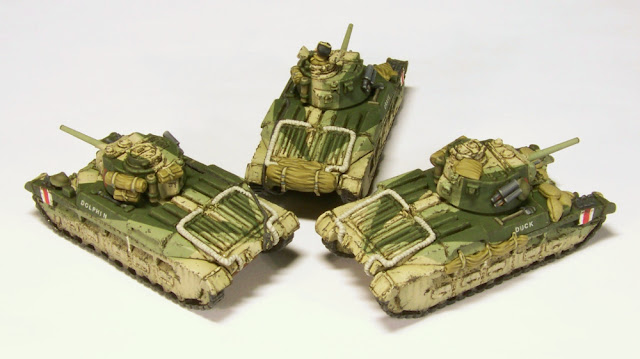 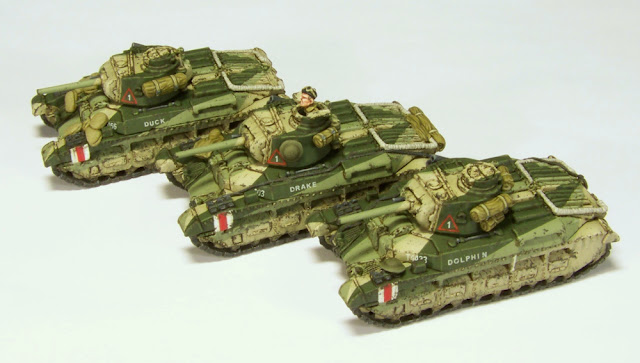 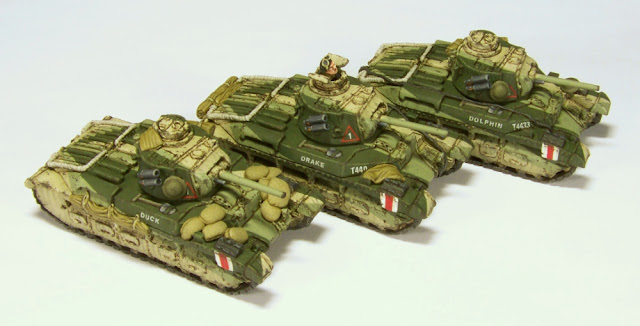 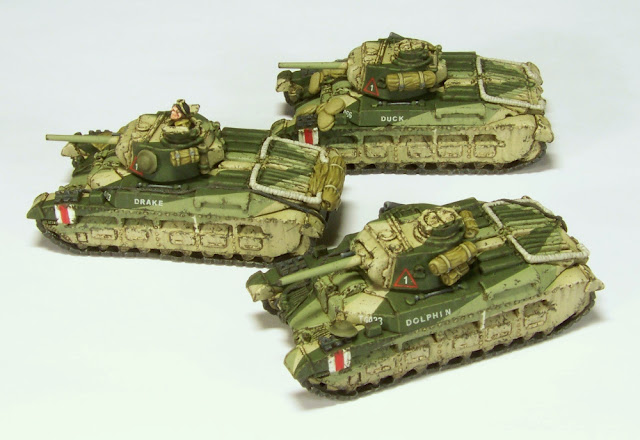 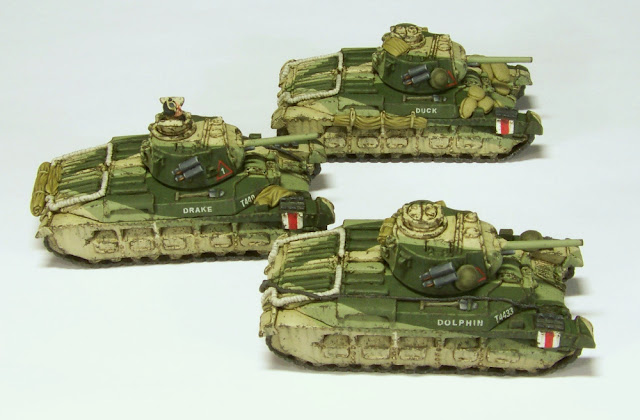 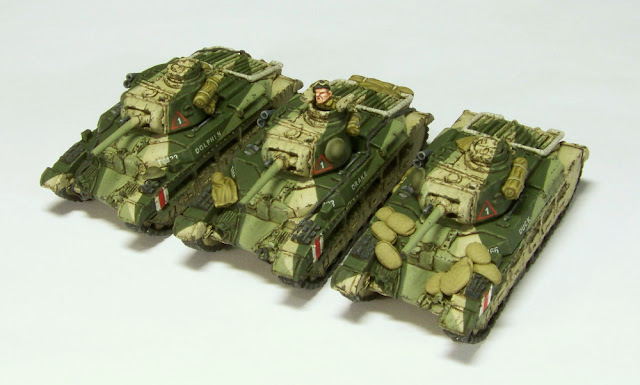 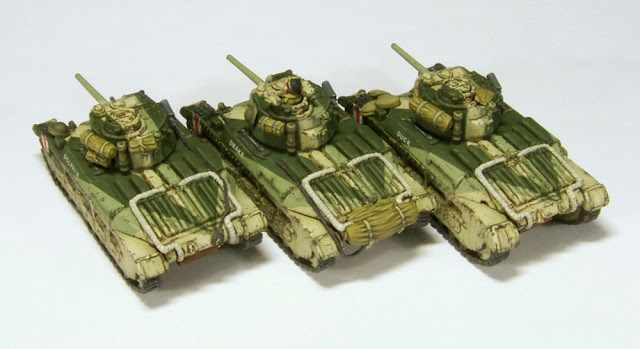 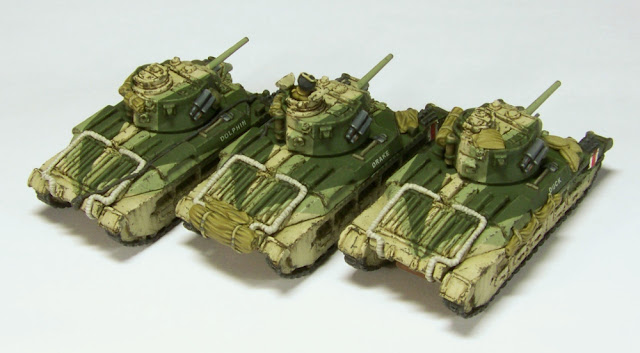 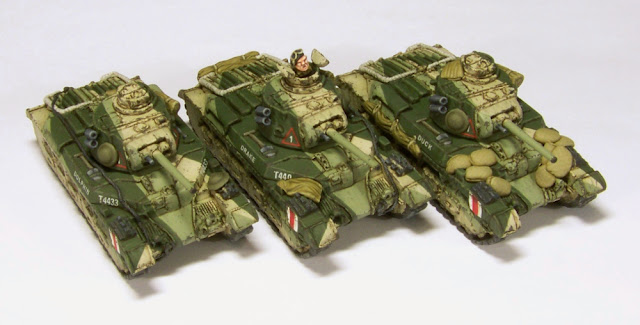 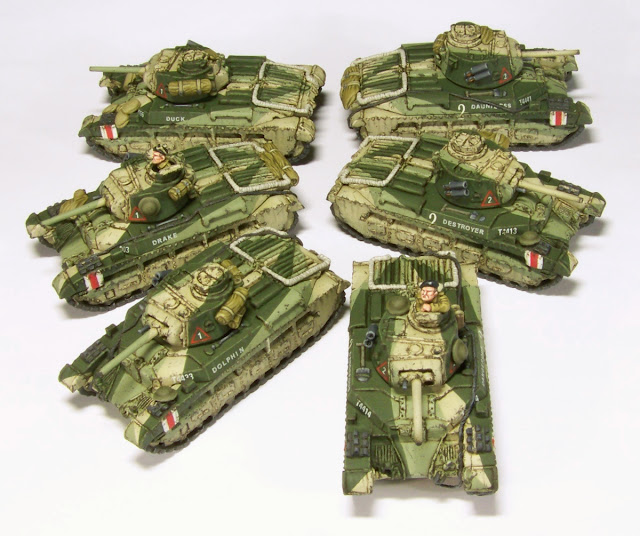 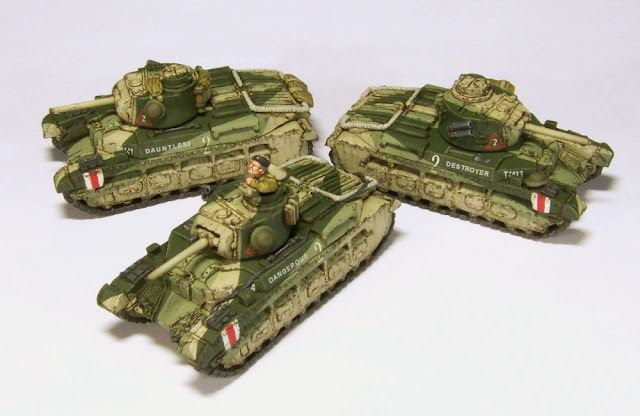 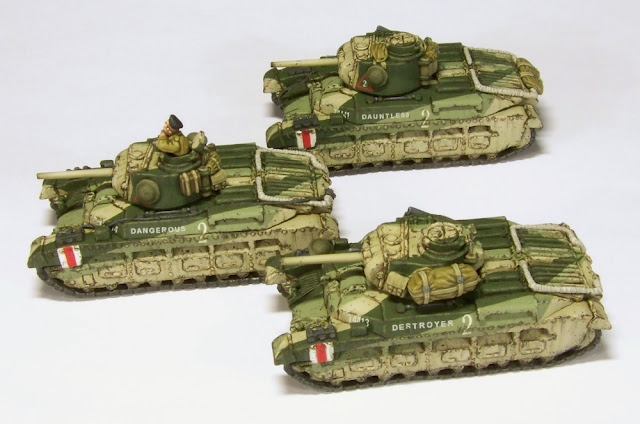 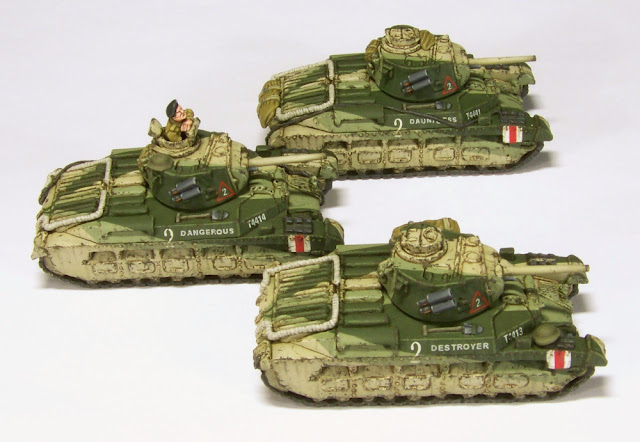 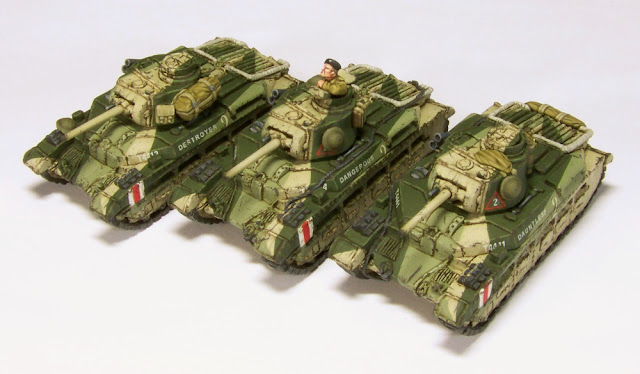 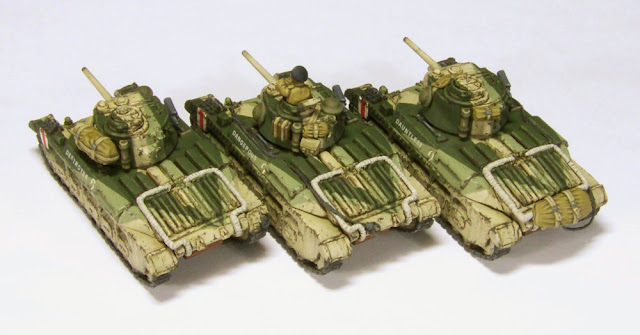 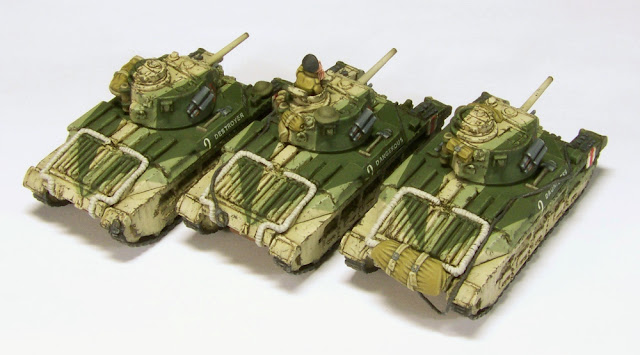 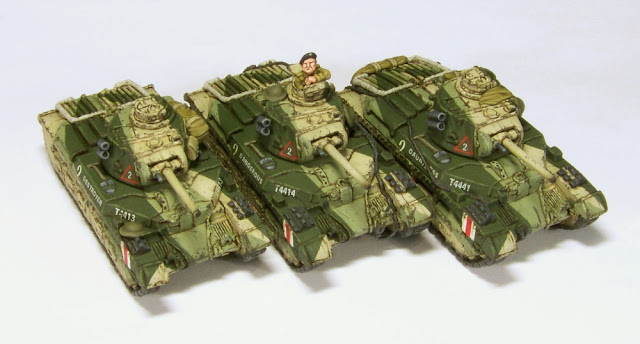 I've numbered the Troops 1 and 2, though I'm not completely sure it was done this way. Similarly, the names I've added were used by 4th RTR at some point (being 4th RTR...4th letter of alphabet is 'D', so names began with 'D' for the regiment). However, except for DRAKE (which was lost during Op Battleaxe), I 'm not sure if they were used at this time or in these specific troops, etc., but they do look nice and I couldn't very well just do DRAKE and leave the others blank. Serial numbers are fictitious, just added for completion.


The Squadron signs were done with a red triangle placed ('A' Squadron), with a '1' and '2' placed inside to denote troop number. The names were all spelled individually, letter-by-letter by cutting up a sheet of tank names from Dom's Decals....there were 134 individual decals placed across the six tanks. Madness.

* because the name DUCK just fits the Matilda perfectly. And after spelling out DAUNTLESS, DANGEROUS, etc. all letter-by-letter, DUCK was mercifully short...

Not the best pics but I can't see to get them any better.