Following on from the DAK Panzer IVs, progress so far on 3x Panzer III ausf G with some pretty poor WIP shots. But whatever; it does at least illustrate the process. 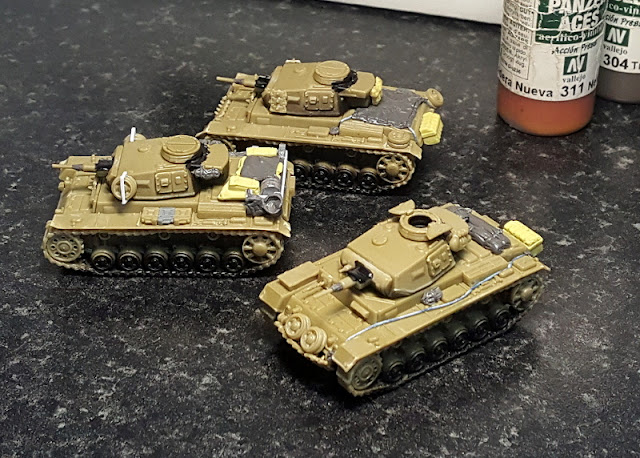 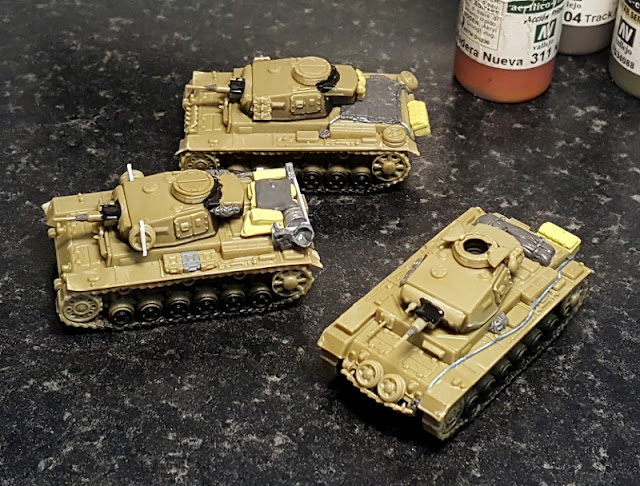 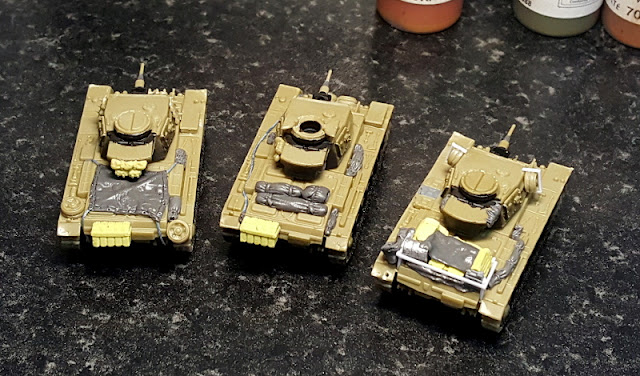 I've added the unique "road-wheels-attached-to-turret-sides-thing" Panzer Regiment 8. was fond of and sundry other bits of stowage. Also put cloth covers on the 5cm barrels which you see fairly often on early Panzer IIIs. Again had to fix the main gun mantlets: the sinkhole problem persists, PSC fixed it on the J/L/M/N box by molding separate gun and mantlet pieces. I left a few areas where I could add a PSC air-recognition flag later as I don't fancy hand-painting one again as on the Panzer IVs...

Basic paint colours on, pretty washed-out night-time pics here. Colours as before. I've done some bits (mostly road wheels and a couple of frontal drive sprockets and a return idler) in Dunkelgrau as if they'd not yet been re-painted. They look quite stark here but will tone down later. We'll see if it works. 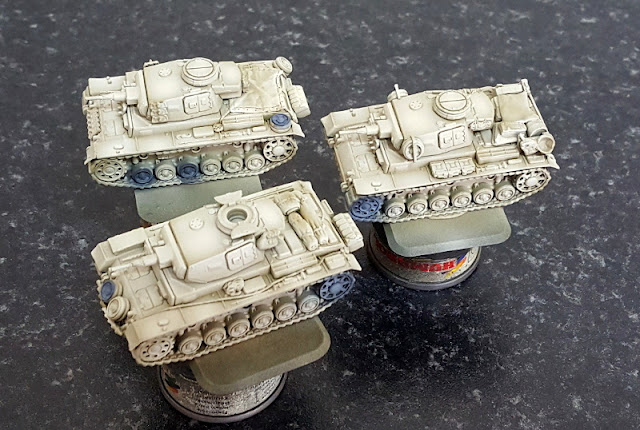 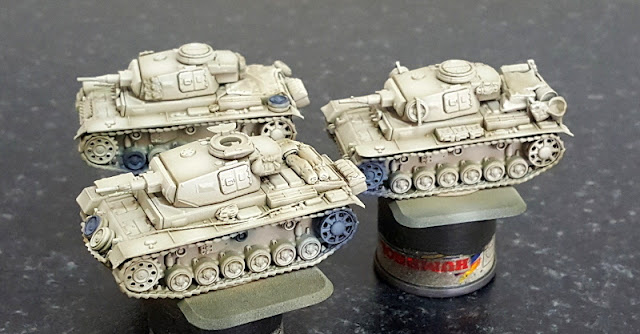 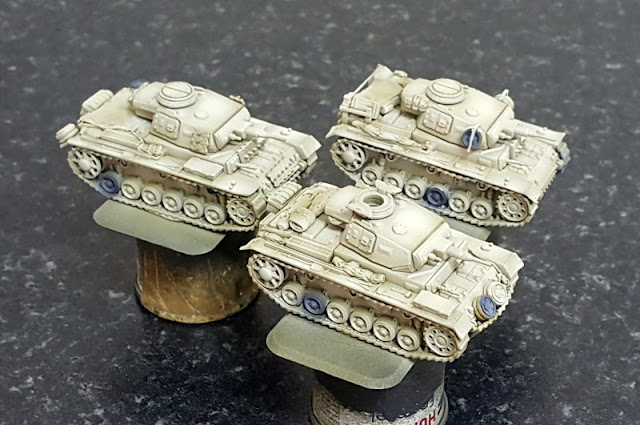 A *lot* of work later and details are all painted, decals applied and paint-chipping all done. I should have taken more WIP shots here. 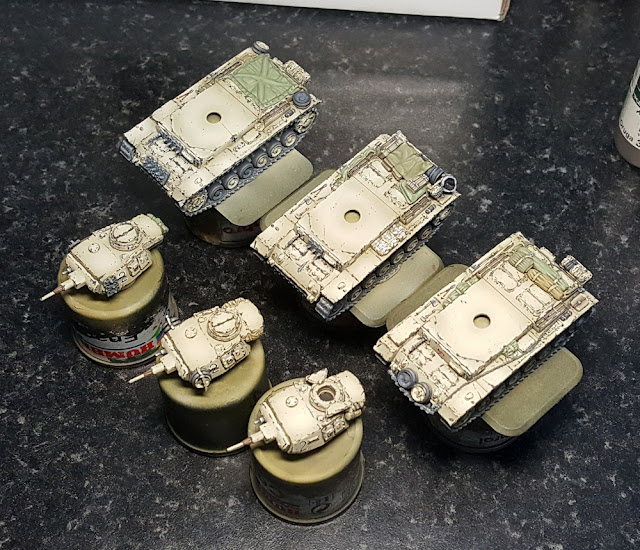 Still the enamel pin-wash to do, matt varnish, add crewman and paint underside of tracks, etc. then done.

I plan to 3x Pz III ausf J (early) to after this, then I'll add J (late), ausf L and a platoon of Panzer IV F2/early Gs. That should complete my BG Afrika Korps forces, or at least the tanks, thogh I still need to source the Mk. IVs. Then some armoured cars. Maybe a Panzerjäger I and Marder III (7.62cm). More trucks? A couple of Tigers and Panzer III Ns for Tunisia? Also need half-track tows... and PaK36 and PaK38s. A couple of 8.8cm? And infantry of course! Damn it......