Quick jobs (for me....), gaming standard really, but good enough. Based in pairs and singles for Battlegroup: 3x 10-man Rifle Sections, 5-man Command element, plus a pair each with the 2" Mortar and PIAT. 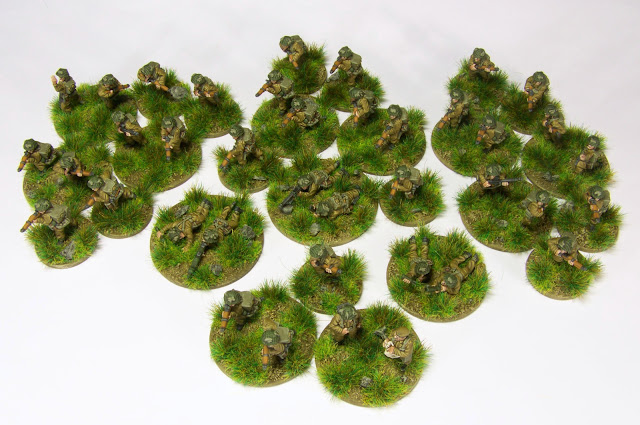 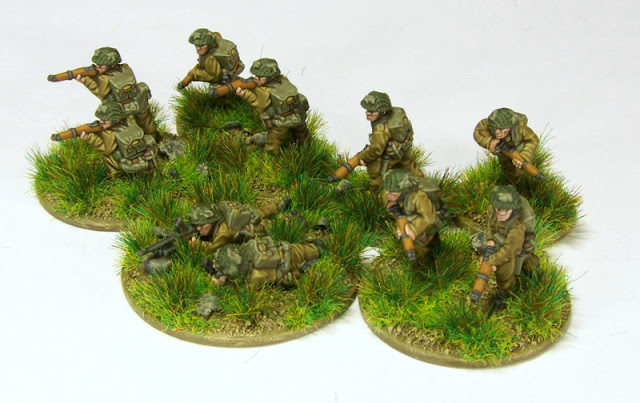 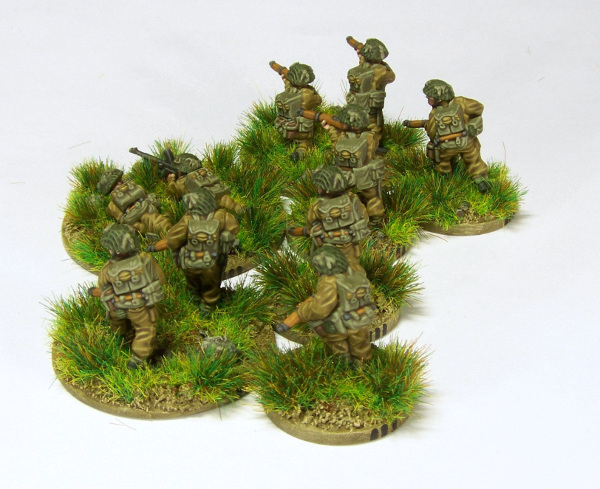 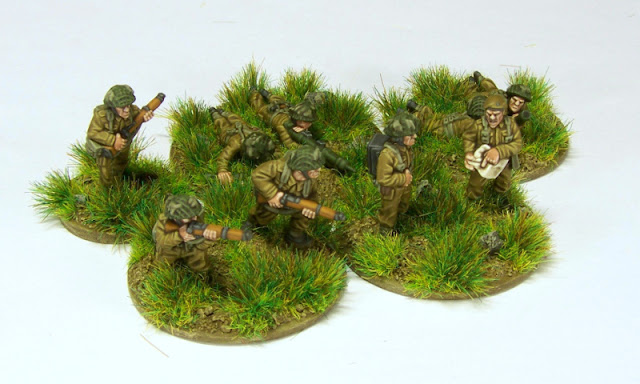 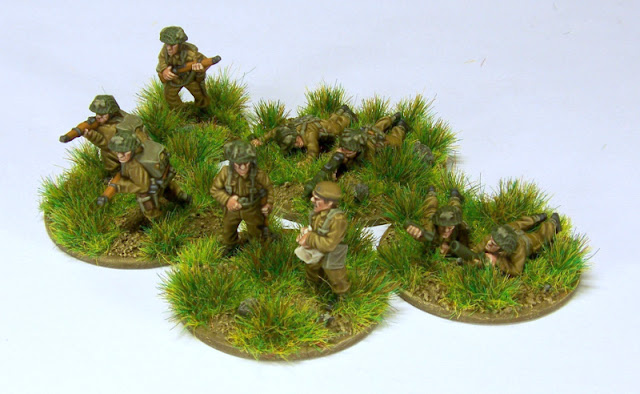 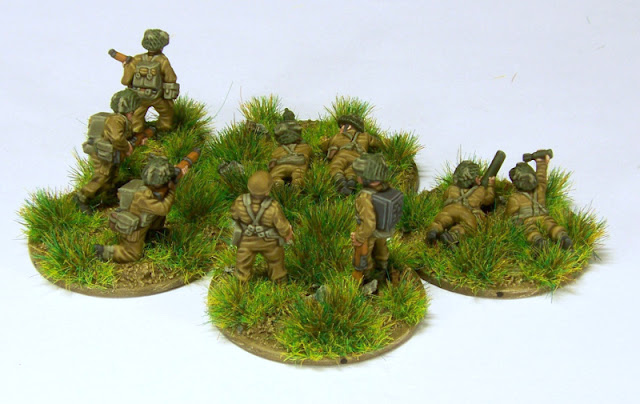 Later, I added some single commanders to act as leaders in Chain of Command: three Corporals, a platoon Sergeant and platoon Lieutenant. BF plastics this time as PSC does not give you nearly enough NCOs. On the whole, the BF Plastic British are a bit better than the PSC offering and, with extra NCOs, 2" Mortars, PIATs and a few spare riflemen and Brens, enough to add some useful support teams (e.g. the Universal Carrier dismounts), the BF box is the better buy IMO. 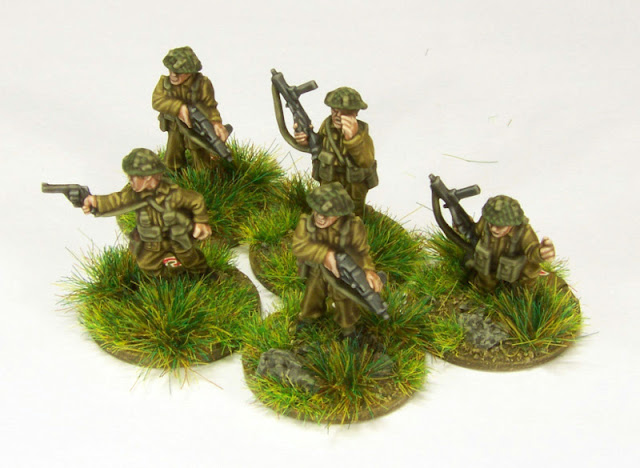 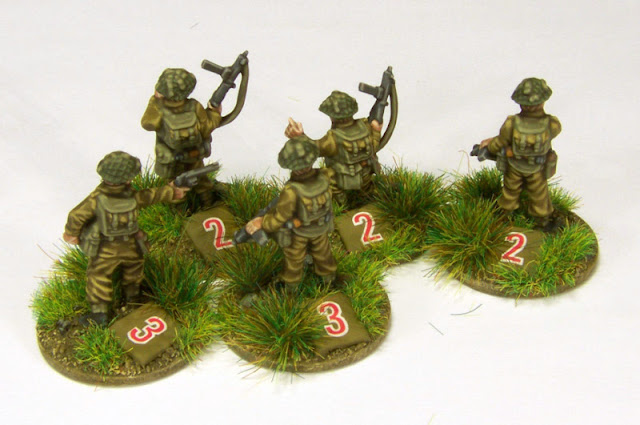