A British force painted largely for Chain of Command and I Ain't Been Shot Mum! rules. Figures are Forged in Battle, actually their Late War British but here used for the Mediterranean theatre. 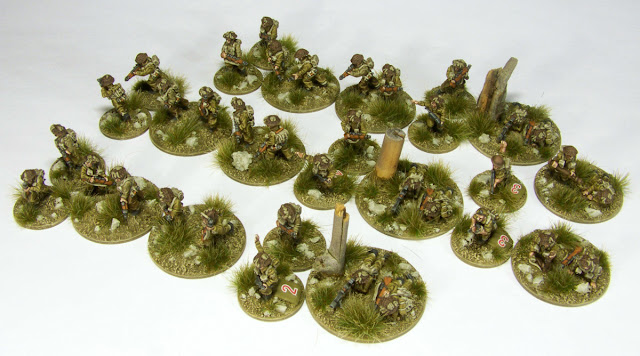 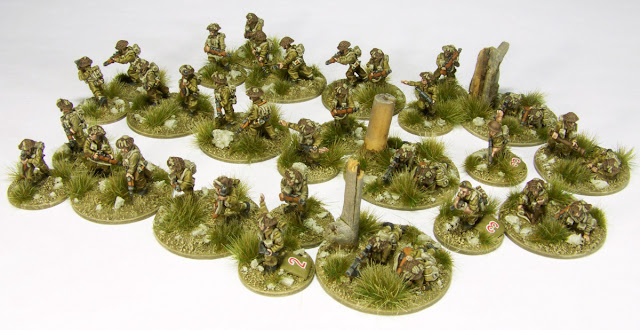 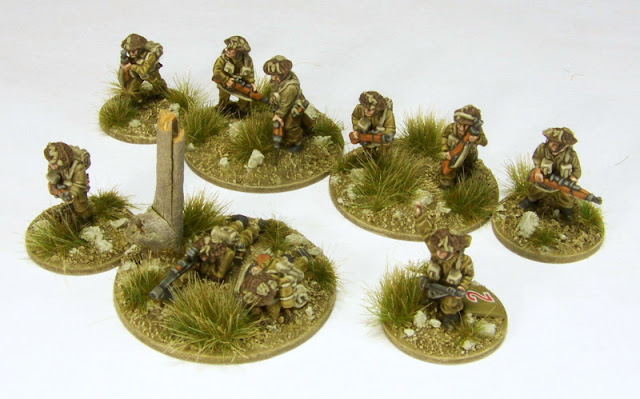 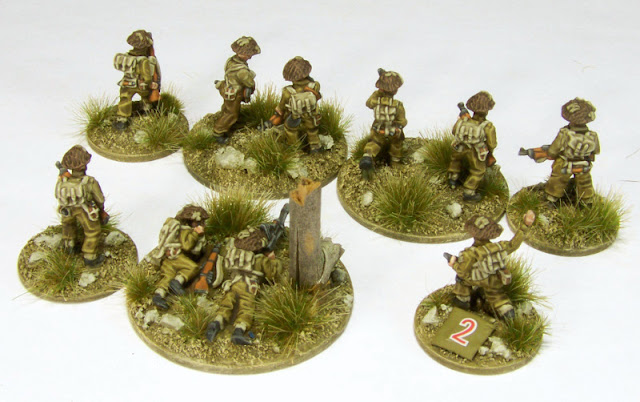 Leaders...there are extras for the "Big Men" required for IABSM. A Mix of FiB and BF. 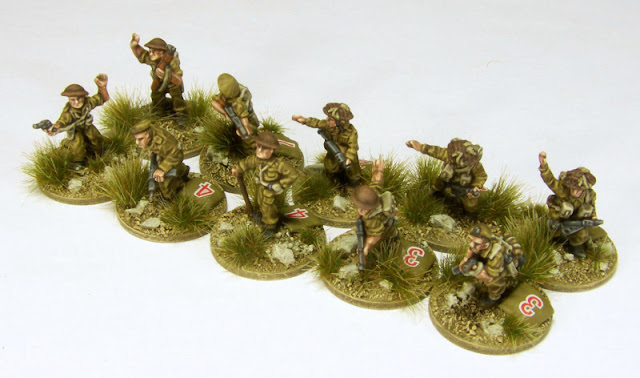 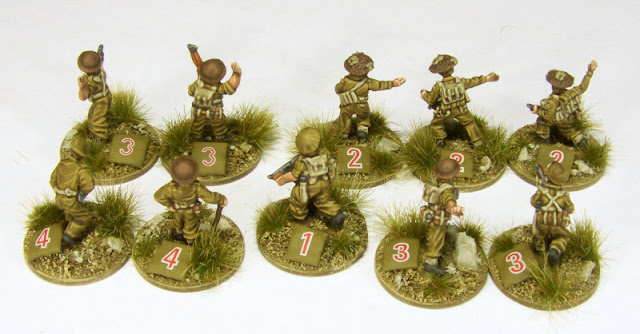 I added a couple of Vickers MMGs, also Forged in Battle, and an Observer team (BF). 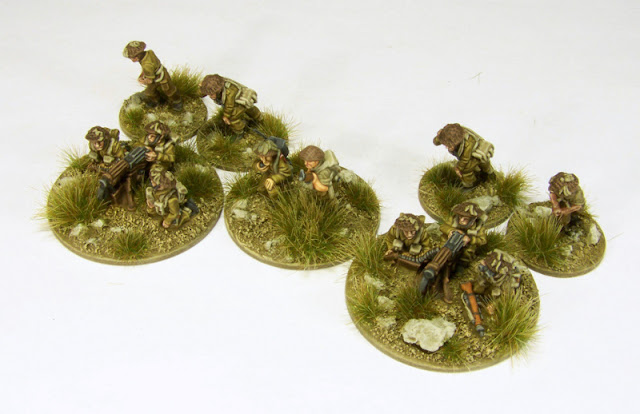 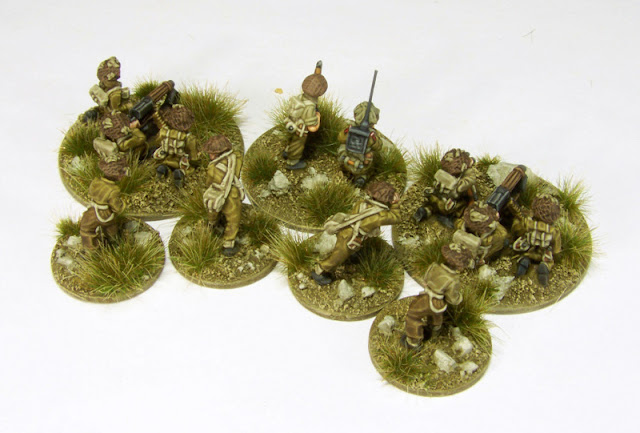 I've also painted a similar platoon, largely identical, and have to add a couple of 2-pounders, 6-pounders, and another entire platoon (the third) for IABSM.